Delegation Rule 1: Only do it if you want to develop your staff not to just dump work.
Delegation Rule 2: Trust them first, train & test for competence before you delegate,
Delegation Rule 3: Clearly define the tasks that must be done and limits of authority attached.
Delegation Rule 4: Explain what's in it for the one you are delegating to. 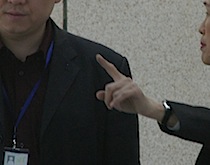