Social Media Success It's About TRUST

It's not only about Trust in Social Media it's about the real economy and life itself!

So what are you doing about building a sound reputation for the wired world? How you behave it will effect everything from your ability to get a job to being able to borrow money.

Posted by Richard Townsend at 21:29 No comments:

If you are involved in social media you will come across many characters who see themselves as leaders, at least in their apparent circle of 'influence'. Unfortunately many social media 'leaders' are not so social.

The appropriate dictionary definition of social in the context of social media is: "Attitudes, orientations, or behaviours which take the interests, intentions, or needs of other people into account (in contrast to anti-social behaviour)." - Wikipedia

Obviously if you are using say Twitter to distribute information or ideas the reality is; once you get above a few dozen or so connections it will be extremely hard, or too time consuming to constantly interact with everyone.

One social media platform that describes itself as "social media rocket" fuel however almost demands by its design and style of operation a level of intimacy, co-operation, trust and reciprocation that is higher than most other platforms. If you are interested to take a look… it is:

One of the unique features of this social media platform is that you can offer rewards through missions to those that will help you achieve goals in other areas such as Facebook, Twitter Goolge+ etc. This is where the true individuals show their colours. Here is a recent mission I offered: 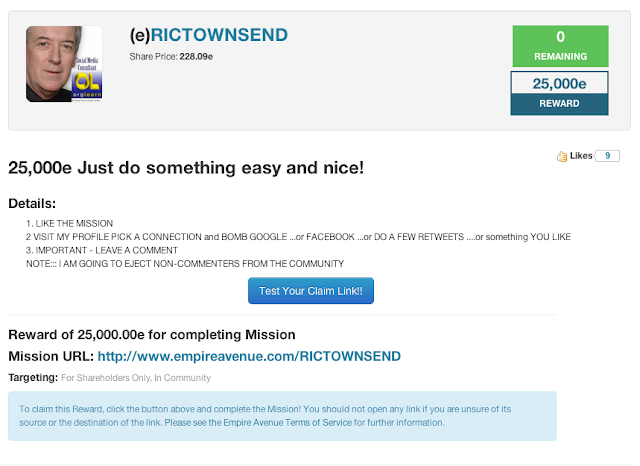 I won't mention individual players by name however my heading mentions four characters. In reverse order:

Grubs: They are types that sponge off others, (e.g. in EAve. don't complete missions and just take the reward and run). This group also wants you to everything for them, share boring crap, help them become more notorious by voting them up silly competitions, offer nothing of value… other than that they see themselves as some sort of star or as "giants in their own lunch boxes". These characters often move away from what makes them popular in the first place and expect us love them for who they are rather than for the information they offer. I even saw one guy who offered tech advice do a video scolding his audience for asking what he considered dumb questions. He then started doing personal life videos and wondered why no one wanted to watch.

Bludgers: Well they sort of do stuff however always the minimum. They, in the case of EAve. as an example will do a few likes on a page that you want promoted however thats it. I even did a mission and gave away a large reward for doing nothing, just for being a shareholder and what did a get, a couple of guys didn't even leave a thank you note. These are not my idea of desirable social media types.

Connectors: Well they are numbers freaks. They want to have the most of everything, the most followers, the most accolades, the last word in every exchange and the biggest you know what on the planet. They spam, they manipulate, they just want bigger numbers. Often these types will have in their message or agenda a great idea you just must get involved in and they will flog it to death. These types see you as a potential customer and someone that can help get them what they want.

Engagers: These are the people we all seek. They believe in working for mutual benefit, they'll swap information and advice. They will complete task you want done as they understand the value of mutual leverage. They communicate and they are great to deal with. Many of these characters I believe would be great to meet face to face. These people without knowing it almost compel you to help them through their shear strength of character and demonstrated high levels of personal ethics.

So think about how you appear to others. What do your social media actions reveal bout you? Where you fit? I hope its in the social media engagers category. 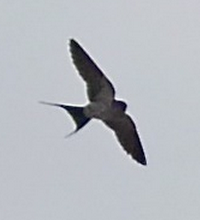 Yes for some time I followed everyone back… I saw it as polite, however now I need to cull so the app I want looks like this…!

It would automatically un-follow anyone that used the word "I" in their profile and even perhaps send a rude tweet to those that used it more than once.

It would throw out male tweeters who's profile pic showed them shirtless.

It would reject those females that have a profile pic which is 90% cleavage.

I would trash anyone with an animated avatar …kaboom!

It would send off into the centre of the earth any profile that asked me to visit something or worse still, buy their great product or money making scheme!

It would un-follow those that I inadvertently followed not realising they spoke a different language.

It would weed out anyone that mentioned the words God, Jesus, Allah, Christian, Bible, Koran or any other spiritual affiliation.

It would get rid of those that use such terms as husband of, wife of, mother of, father of… who gives a damn we are all (mostly) one of those.

"Many a true word is said in jest."

Any particular peeves you have... you may wish to comment,,,,,!

ps: Just list your topic,,, thats what we readers make our choices on, we mostly don't care about your coffee drinking habits, where you are visiting or problems with your health.

Posted by Richard Townsend at 04:01 6 comments: