The Power of Social Media… Myth?

When desperate senior executives of confused corporations hear about this social media power I am sure in many cases they race out of their offices and demand an instant social media policy, or better still the instant hiring of a social media 'guru'.  The thinking of course must be… 'we need professional and effective access to this fundamental new source of power'. 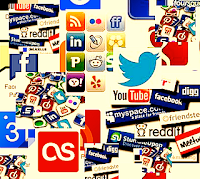 In two instances recently organisations have discussed with me the need to set up or get involved with social media. "We need 'to improve the market penetration" and 'customer touch points' is the common catch cry.

The problem both these organisations have is I suspect similar to that of many others … they don't know what to set up let alone how to operate what they set up. The social media power problem is two fold. The second problem is most don't understand that the power comes from the passion created by their fundamental message rather than the level of activity undertaken on Twitter, Facebook, Google+ or any other social media platform.

The first issue in many cases is badly handled as the need to carry on a sensible conversation on an organisation's social media channels seems difficult, if not impossible for many. Social media operations are time consuming, expensive, labour intensive and potentially dangerous. The second problem is if you have a boring product or a boring message social media will not help you, in fact it may just make the world more aware of how boring your organisation and its product's or services really are.

So remember if you are wanting 'the power' get your message right as well as how it is delivered and be prepared for a long ongoing conversation with your customers. It's all about form and substance and you need to handle both extremely well to be successful in the social media world.

Richard Townsend - orglearn - 'planning is everything, plans are nothing'

Posted by Richard Townsend at 04:56 6 comments: